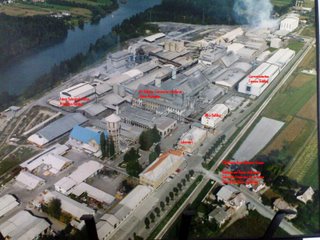 “The purchase is the decisive initial step of the journey toward a fundamentally new material supply situation for the solar industry”, said Claudia Boehringer, the CEO of Solarvalue AG. “According to our plans, we will already be able to meet 10 % of the global market demand for high-quality solar silicon in 2008. Our scientists have optimised the process over several years and are convinced that we can produce more rapidly and economically than conventional manufacturers.”

Solarvalue’s Slovenian partner in the WP Profil Solarvalue Holding d.o.o. joint venture intends to continue production of steel additives at the 22 hectare TDR facility, and the joint venture will employ a staff of 300 people. Up to 70 people will be employed in solar grade silicon production as the facility ramps. Maintaining and growing employment at TDR is no doubt an important factor in obtaining Slovenian regulatory approval.

20 million euros of investment is expected over the next six months to achieve solar grade silicon production. Two unnamed strategic investors will invest the majority of this capital. Solarvalue said on September 19, 2006, an undisclosed European photovoltaic group has signed a letter of intent to acquire a stake in the venture.

Further details are promised in a planned near future press conference.

One step forward and I now look toward Solarvalue obtaining Slovenian regulatory approval. I have developed some ideas about Solarvalue’s strategic partners and customers for solar grade silicon, and I suspect one of them is a new player with no current silicon supply for their idle or in construction solar wafer and cell production lines. Beyond these transaction issues, the next milestone for Solarvalue is the delivery and qualification of sample solar grade silicon material with solar wafer and cell manufacturers.

You can read the Solarvalue press release on the DGAP ad hoc service (English, Deutsch).