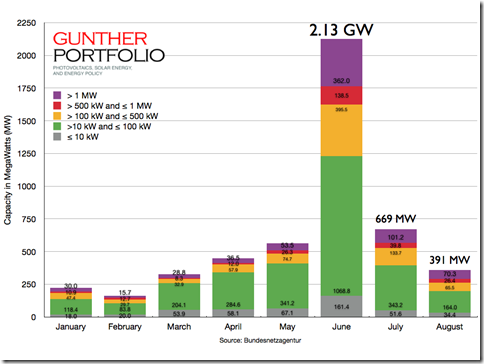 EuPD Research published a SPEEDLETTER titled the “Federal Network Agency publishes new figures for newly installed capacity – a degression of 13 percent is more than likely” and:

Based on a degression of 13 percent, the following remuneration rates are calculated for the year 2011:

I expect September and fourth quarter 2010 PV installations will increase in anticipation of October 2010 and calendar 2011 degressions.