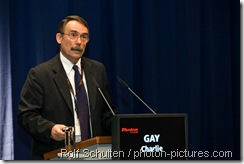 US-based Applied Materials has developed a procedure for manufacturing modules with back-contact cells. According to Applied Solar’s president Charlie Gay, the company has developed a patterned copper foil with integrated electrical circuitry, which would form part of the laminate films and provide the cell’s back contact. Applied is planning to license the technology.

EWT Cells
In the Emitter Wrap Through cell structure, a continuous emitter is diffused through thousands of laser drilled vias less than 100 µm (micrometer) in diameter taking current to the back of the cell. By eliminating the front contacts, EWT enhances light absorption and increases cell efficiency:

The AMAT Emitter Wrap Through process adds three steps that are supposed to be an Easy upgrade to the standard solar cell processing flow: Laser Hole Drill, Diffusion Barrier, and ILD Print. As a result, new required equipment includes a hole drilling laser, hole filling print and dry, and a back contact tester.

As shown in the Emitter Wrap Through Results slide, the mc-Si (multicrystalline silicon) EWT cells have demonstrated Median 18.7% efficiency, short circuit current density (Jsc) of 39.5 mA/cm2 (milliamps per square centimeter), and a Fill Factor (FF) of 75.7% with further improvements possible as shown in the EWT Cell Performance Trajectory slide. The EWT technology can also be used to produce monocrystalline silicon solar cells.

Of course, it is not quite that simple. Presented at the 25th EU PVSEC (European Photovoltaic Solar Energy Conference and Exhibition) / WCPEC-5, in Valencia, Spain, during September 2010, the paper:

is invaluable in understanding the April 2011 presentation. I am still grumpy though about paying 10 Euros to download the paper!

“The PV module backsheet layers (e.g., TedlarTM or equivalent, moisture-barrier or dielectric standoff layers, cut-resistance layer, etc.)” are integrated with the flexible circuit layer. Instead of EVA (ethylene vinyl acetate), a thermoplastic type encapsulation material is utilized. At this point, the ECA “can be applied to the backsheet” by stencil printing onto the flexible circuit. A “layer of encapsulant with vias formed to match the contact points is applied to the backsheet” and is shown as a dielectric per the cross section below.

Next egress bussing from the flex circuit is applied for a junction box or external connectors. Finally, the pick and place of the solar cells onto the module stack is done followed by a second encapsulant layer and the front glass.

After localized heat liquefies the encapsulants over the solar cells to hold them in place, the module stack is flipped with the glass side down and put into a vacuum press module laminator. The lamination process softens and allows the thermoplastic encapsulant “to flow and fill voids within the package” at lower temperatures than the curing point of the ECA or interconnect material.

MMA Materials and Certification
AMAT evaluated over 50 Monolithic Module Assembly designs with different construction materials such as ECAs, copper circuit finishes, and encapsulants, using single cell or 3×4 cell mini modules and test coupons (postage stamps?) before attempting to build standard sized PV modules with sixty (60) 156 millimeter cells. The integrated nature of the back contact cell and module design is illustrated by the “tooling development and identification of large-format production tools” for flexible circuit manufacturing wider than the 24 inch (~61 cm) format common in the printed circuit board industry.

Planar assembly with pick and place allows for high through put and low yield impact.

Robust interconnects through distribution of current collection points on the cell.

Applicability to all back contact technologies.
– EWT, MWT, IBC

Even with a crystalline silicon lineage, the new MMA process and material set will at least have some bankability hurdles to jump before tackling larger debt financed PV installations.

Schedule
Applied Materials told me the schedule or specific timeline for EWT and MMA market introduction had not been discussed in the presentation. AMAT is certain to be updating their solar equipment customers on their progress under NDA (Non-Disclosure Agreement). In November 2009, AMAT Chairman and CEO Michael Splinter said the technology assets acquired from Advent Solar were “not expected to generate sales until sometime in 2011”. With Applied’s return to PHOTON’s Solar Terawatt-hours Conference Series in Europe after last year’s absence, I’ll take a guess the technology will be launched no later than the 26th EU PVSEC in Hamburg, Germany.

The new EWT cell and MMA tools and novel materials such as the prefabricated back sheet with the flex circuit are interdependent and require lock step coordination before the first Applied Solar customer can enter production. DuPont (E.I. du Pont de Nemours & Company, NYSE:DD) is a prime suspect as an initial supplier of the integrated back sheet. I wonder if Applied Material’s technology licensing strategy also extends to traditional module manufacturing equipment suppliers in order to accelerate time to market and customer production?

End customer capital investments in these new technologies will be subject to the interplay between PV overcapacity and oversupply that will reach a near term denouement in the second half of 2011 on top of recent industry consolidation by Meyer Burger Technology AG (SWF:MBTN) and Applied Materials.