Polysilicon in oversupply until 2018 but does high quality polysilicon (Poly-Si) supply remain tight?
Polysilicon spot prices easing after a 10 GW (GigaWatt) solar module inventory build up and may fall below long-term contract prices in 2011.

Solar Polysilicon Oversupply until 2013? has been a popular post since last year as polysilicon spot prices jumped in response to photovoltaic (PV) module demand driven by planned or expected Feed-in Tariff reductions and maybe even the original 2010 expiration of the US Treasury Grant Program. However, the polysilicon supply demand forecast dating from July 2009 is begging for a refresh. 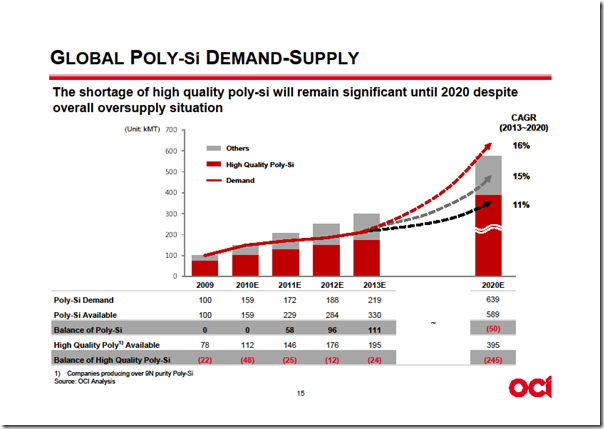 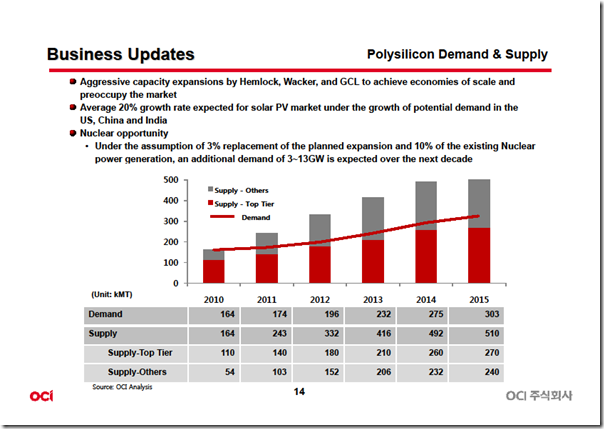 On cue, May 2011 polysilicon spot prices have eased to $60 per kilogram ($60/kg) in China per DIGITIMES. “China spot market prices for poly-Si fall to US$60/kg, say Taiwan makers” also asserts the spot price is:

lower than contract prices of US$65-68/kg signed by South Korea-based OCI with most of its clients in Taiwan and China in the first quarter of 2011, according to industry sources.

With OCI trying harder, Long-term Contracts signed in 1Q11 (first quarter of 2011) are sketched out: 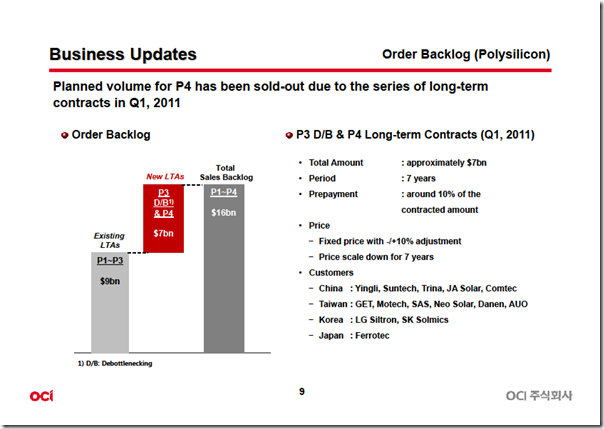 But what happens in the event of price inversion when polysilicon spot prices fall below contract prices for an extended period of time? I understand newer long-term polysilicon contracts have eliminated the Take-or-Pay clause but the trigger mechanism and process for fixed price contract renegotiation is unclear. Polysilicon price inversion looms near with a later DIGITIMES report of polysilicon dropping to $50 per kg by 2H11. 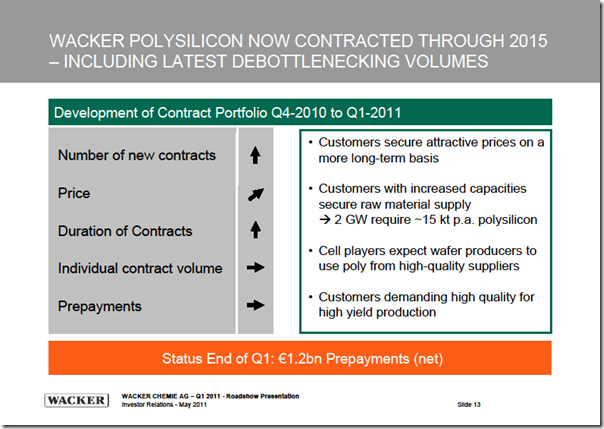 Record Inventories
The declines in polysilicon spot prices are a mere symptom of PV module production in excess of demand through a seasonally weak 1Q11 and extending into April and May. “Solar module inventories reach a massive 10GW, says IMS Research” by Mark Osborne at PV-Tech.org said:

An incredible 8GW of modules are said to be in the supply chain, while a further 2GW is sitting in PV manufacturer warehouses, waiting to be shipped.

IMS Research said the inventory levels “represents an increase of only around three to four GW over ‘normal’ levels” and predict declining PV module prices will cause an elastic demand response and inventory decline in 3Q11. PV module inventory stress has already led to lower capacity utilization, layoffs, and reports of record low wafer, cell, and module prices on a per Watt basis. Will the German PV market recovery begin in June as IHS iSuppli claims or the third quarter of 2011 per IMS Research? 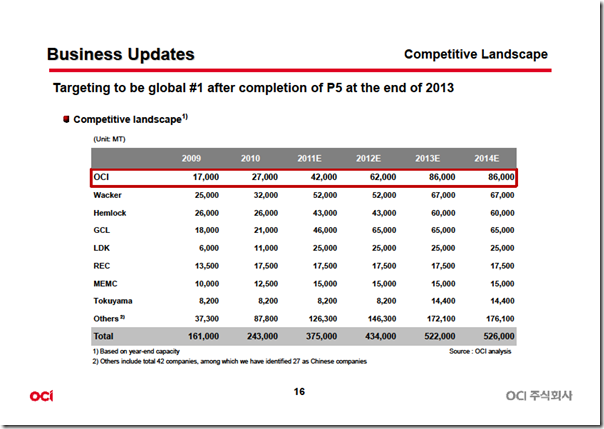 Even with polysilicon price inversion, I don’t think spot or long-term contract prices need to crash to force non-economic polysilicon producers to halt production when marginal costs are no longer recovered. Polysilicon prices in the $40 to $35 per kilogram range will already have a profound impact. German PV market saturation in 2011 or 2012 is the only potential catalyst for a near term crash in polysilicon prices.

At the other end of the spectrum, Upgraded Metallurgical Silicon (UMG-Si) has not gone away. “Oversupply ahead” by Johannes Bernreuter, head of Bernreuter Research, for Sun & Wind Energy 5/2011, pp. 218-220, reports Elkem Solar sold 2000 MT (Metric Ton) of UMG-Si in 2010. Elkem AS is now a China National Bluestar Group Co., Ltd (Bluestar) company. I think if Calisolar can finance, build, and ramp a 16000 MT (Metric Ton) UMG-Si production facility next year, they may be able to establish the benchmark price for solar grade silicon used to manufacture the lowest cost multicrystalline silicon PV modules. Given the above scenario, UMG-Si would need to be priced at a 20 to 30 percent discount to polysilicon to be a compelling cost reduction option.

Excess inventory is a heavy weight for undercapitalized companies to bear in any industry. PV companies desperate for cash flow may need to liquidate their PV module inventories at unsustainable bargain prices to stay afloat over the next few months.

As a parry to IMS Research, 10 GigaWatts of PV module channel and manufacturer inventory represents about half of the nominal 20 GW PV installation forecast for calendar 2011.

It’s time to put the pedal to the silicon metal!