971 posters were displayed during the conference.
Posters are at the heart of conference communications and networking around science, work, results, and progress in photovoltaics. 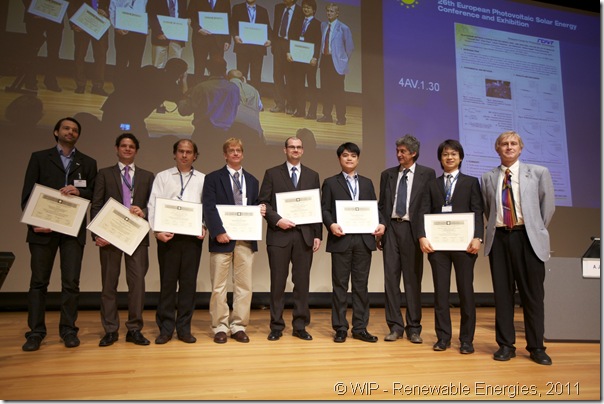 A total of seven (7) Visual Presentations or posters were awarded in four (4) of the six (6) topic areas. Awards were not presented for any posters in the PV Systems or PV Taking Off: Large-Scale Deployment topic areas which also happened to have the least presented. The Poster Award winners were announced in the following topic area order.

All of the poster winners or a representative were present at Friday’s Closing Session in Hamburg.

I’ve seen a number of folks refer to the 26th EU PVSEC as “EU PVSEC 2011”. I do not believe there has been an official name change and as far as I know, there could still be two EU PVSECs or none in a year with a World Conference on Photovoltaic Energy Conversion.