Which CIS/CIGS start-up companies will fail next (may choose up to 3)?
100 kiloWatt MiaSolé PV (Photovoltaic) array completed for Silicon Valley Power. 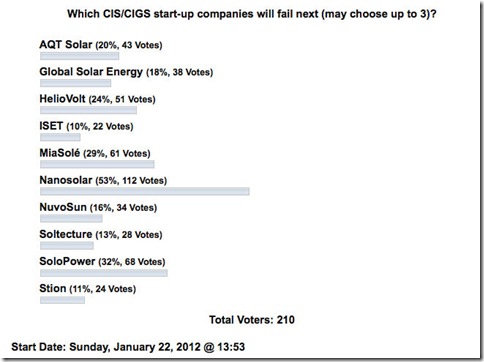 When I created the above CIGS (copper indium gallium diselenide) company dead pool PV Poll earlier this year, I did not expect the backlash from the PV Insider: Thin Film experts LinkedIn Group discussion. According to the consensus, the glass =must= be half full instead of half empty.

In selecting the companies, I did not consider Solar Frontier K.K., a 100% subsidiary of Showa Shell Sekiyu K.K. (TYO:5002), or AVANCIS GmbH & Co. KG, a subsidiary of Compagnie de Saint Gobain SA (EPA:SGO), to be start-ups so neither was included in the poll. I did include HelioVolt despite the $50 million investment by the SK Group but left out Solibro under the public though struggling umbrella of Q-Cells.

Nanosolar led the PV Poll from inception. MiaSolé was ranked second for a time but moved to third as SoloPower emerged as the second most likely company to fail next. ISET, Stion, Soltecture, and NuvoSun got the least votes in essence becoming the companies best positioned to succeed.

In terms of crowdsourcing prescience, the PV Poll was a gross failure. Nanosolar Inc., the postposition leader, is on track to survive 2012 and just completed a 10.63 MegaWatt (MW) installation in Alfarrasi, Spain. SoloPower, Inc., ramped a 100 MW factory in Portland, Oregon USA, and even raised money before the US Presidential Election.

MiaSolé faced rockier times with another reorganization in August followed by the company being sold to Hanergy Holding Group, Ltd., for $30 million in a take under versus the estimated $500 million of venture capital invested in MiaSolé since 2004. 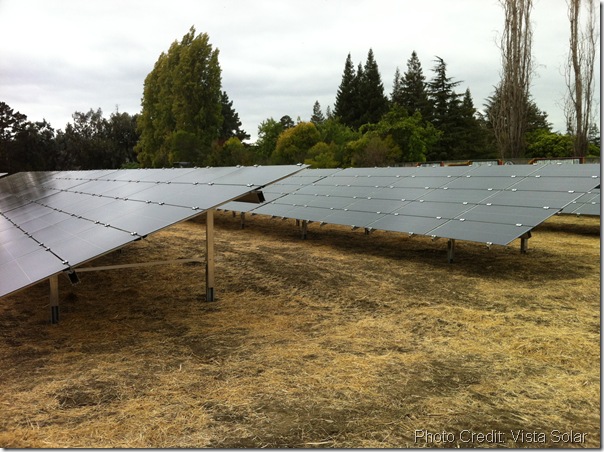 Per “Santa Clara, Miasole partner on city’s first solar research park” by Lauren Hepler for the Silicon Valley / San Jose Business Journal, Silicon Valley Power celebrated the completion of the 100 kiloWatt (kW) Jenny Strand Solar Research and Development Park last week. In contrast to my earlier post on the donation, it now appears one thousand (1000) MR Series MR-100 PV modules were used instead of the MR-107 PV modules. Vista Solar installed the 100 kW PV array on 1.5 acres (0.61 hectares) and was kind enough to provide the inset photos of the completed system. 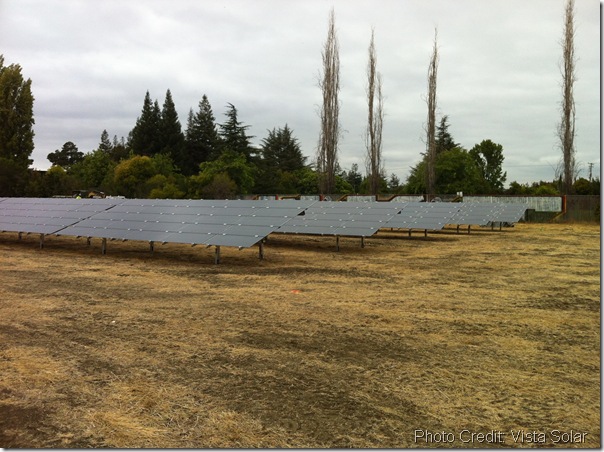 However, a number of companies listed in the PV Poll did fail in 2012 via insolvency or ceasing operations. Soltecture, once known as Sulfercell Solartechnik, began insolvency proceedings in May. AQT Solar put its assets and intellectual property (IP) up for sale in August after promising to commercialize CZTS (copper zinc tin sulfide) technology by 2013. AQT Solar was included in my last CIGS Photovoltaic Parking Survey.

After an extended decline, Global Solar Energy, Inc., laid off most of their Tucson employees and ceased operations at the end of November according to “Global Solar is latest hit by financial challenges, lays off employees” by Patrick McNamara for Inside Tucson Business. The German subsidiary of Global Solar Energy already filed for insolvency in June and was shuttered. What will be the fate of the 750 kW solar array located at the Global Solar Energy manufacturing facility in Tucson, Arizona USA?

Eric Wesoff was the first to get the scoop on ISET (International Solar Electric Technology, Inc.) and their plans for the spinoff company, Pioneer PV Solutions in “More CIGS Solar Casualties: Global Solar Energy and ISET”. Pioneer plans to provide a range of microsolar solutions for rechargeable and DC power applications.

There may yet be vindication for the PV Poll results if ISET, Stion, and NuvoSun are among the successful CIGS firms or the odds catch up with Nanosolar and SoloPower. Or perhaps a larger crowdsource was needed?